The men working on the Golden coach in the photos from around 1897/1898 are anonymous. When the production of the carriage was captured on camera in the Spyker factory on the Stadhouderskade, their names were not recorded. But recently grandchildren recognised their grandfather on a large reproduction in the exhibition. He was the Head of Rotary Operations at the Spyker factory. 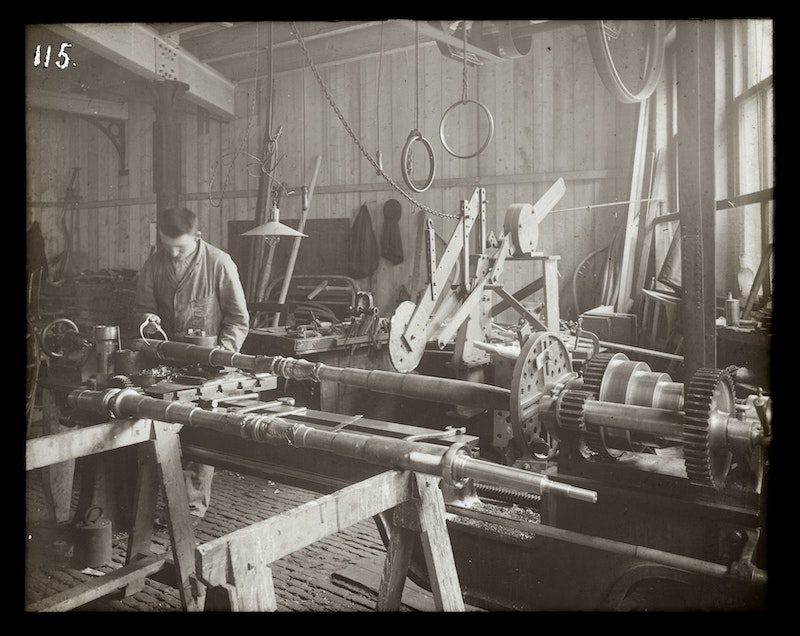 Jan Hendrik Tiggeler (1873-1944) came to Amsterdam in 1895. He found work with the firm of Spijker, then still written with an ij. A photograph shows Tiggeler measuring the diameter of the axle of the Golden coach with a kind of compass. Unfortunately, little can be found about the working conditions in the coach factory. A catalogue describes the impressive machinery: "Iron and steel are forged and filed, polished and turned by steam power, planed and punched, drilled, bent and straightened." 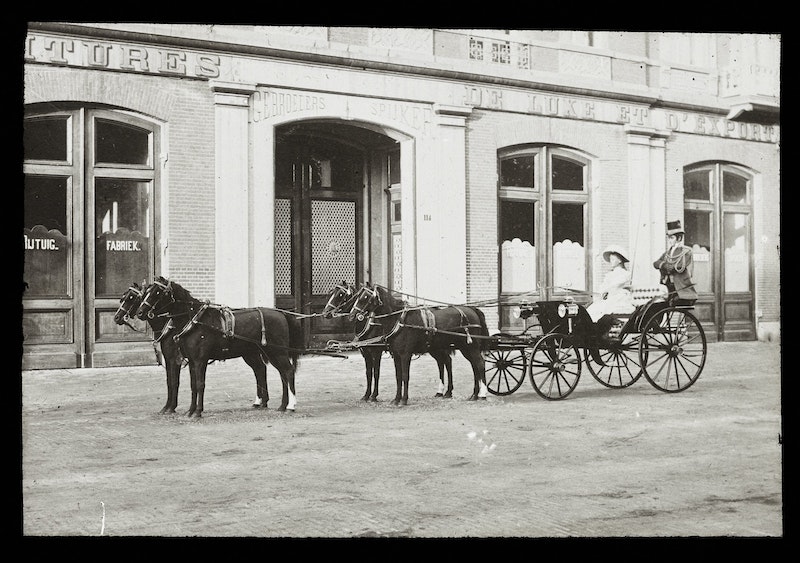 Carriage factory Spyker on the Stadhouderskade with in the foreground a carriage with two dolls representing H.R.H. princess Wilhelmina and her palfrenier, 1898 (photo Stadsarchief Amsterdam)

During our research, we searched in vain for the archives of the Spyker factory. Grandson Ad Tiggeler tells us that the archive was set on fire in the courtyard of the factory after the last bankruptcy in 1926. Shortly after the completion of the Golden Coach, the factory had moved to Amsteldijk 163-167. Where once the country house Trompenburg of admiral Maarten Tromp had stood, there was now a car factory: NV Industriële Maatschappij Trompenburg. The coach was taken from there to The Hague in early 1901 for the official handover. 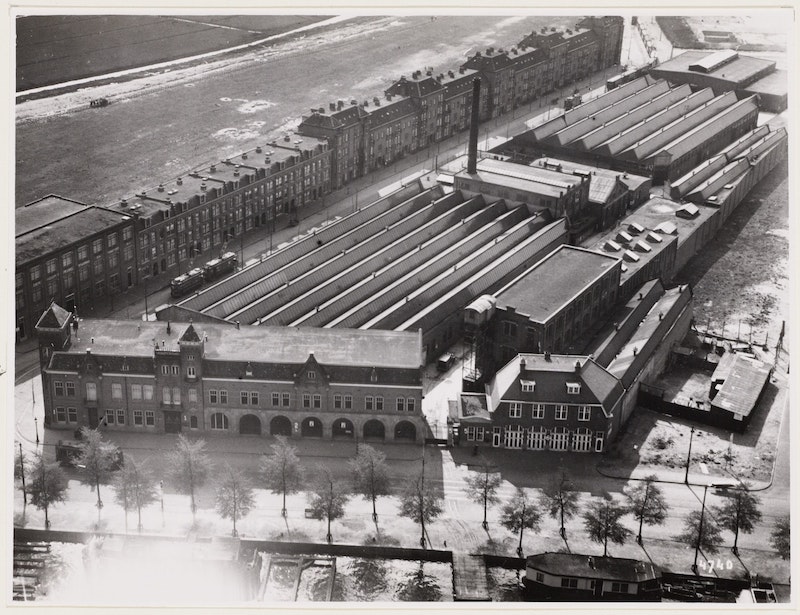 Jan Hendrik Tiggeler worked for Spyker as Head of Rotary Operations until 1925. After that, he started his own business with machines that he had bought from the Spyker factory. The family business at Cornelis Trooststraat 34 was later taken over in its entirety by the Louwman Museum in The Hague. The car factory on the Amsteldijk first became a paper factory, and after its demolition, the Rivierstaete building was built between 1967 and 1973. The façade of the coach factory on the Stadhouderskade is still standing. After Automobile dealer J. Leonard Lang closed down, a furniture shop moved in and is still holding shop in the former factory.